Georgian Academy of Agricultural Sciences, which was founded in 1957, is a legal entity unther the public law, an autonomous research institution with autonomous rights funded by the state. The Academy defines priority given scientific directions, coordinates scientific-research activities, acts as a sientific advisor to the the Government . The Academy is engaged in solving the problems the country is facing in a multi-specialized agro-food complex. Therefore, the specific activities of the Academy is multifunctional. Its purpose is to provide scientific sinergy of agricultural branches, in order to force the integration of science and maximally to use scientific potential.

According to main objectives, under the leadership of the Academy, agricultural scientists have been treated and resolved many of the problems and issues that are now successfully used in agriculture;

More than 100 new species of agricultural crops and livestock are created in Georgia,furthermore,

dozens of new competitive products of food and processing industries, as well as resource saving technologies and technical equipment for annual and perennial crops are developed.

Up to 50 new machinery and technical equipment for tea growing, harvesting and processing are created in Georgia. On the above mentioned more than 300 author’s certificates and patents are received.

It should also be noted that 23 of the world’s wheat varieties Georgia 14 species habitat, as does viticulture, horticulture (the vine, fruit varieties) and others., Which have no analogue in the world can be.

Academy of Science – based on research conducted by research institutions, annually sets used in the agricultural sector recommendations.

Academy member and cooperates with 20 – to international organizations. He is actively involved in international projects, conferences, meetings, trainings and more. Has expanded cooperation with foreign scientific centers. Academy members attended and speeches by the United States – in Italy, Bulgaria, Czech Republic, Spain, Portugal, Russia, Ukraine, Azerbaijan, Turkey, France, Jordan and other countries in the organized international symposia, conferences and exhibitions. The papers published in international editions of the speakers at the event (“iakrda”, “Pao”, bioversiti “and others.).

Academy of Agricultural Sciences, and a member of the Academy – the correspondents, and only last year, a total of 385 have been published – more than 35 scientific papers and they took part in – of various scientific board (conference, seminar, meeting); Academy strongly held round tables and workshops in various areas of rural areas.

Several members of the Academy are elected as a member of the International Academy, many of them are grouped by various international scientific and sectoral organizations.

Moreover, in recent years, the Georgian Academy of Agricultural Sciences, was conducted by a number of other important works, the results of which the State is a solid basis for it to be successfully realized in modern achievements of agricultural science in practice. 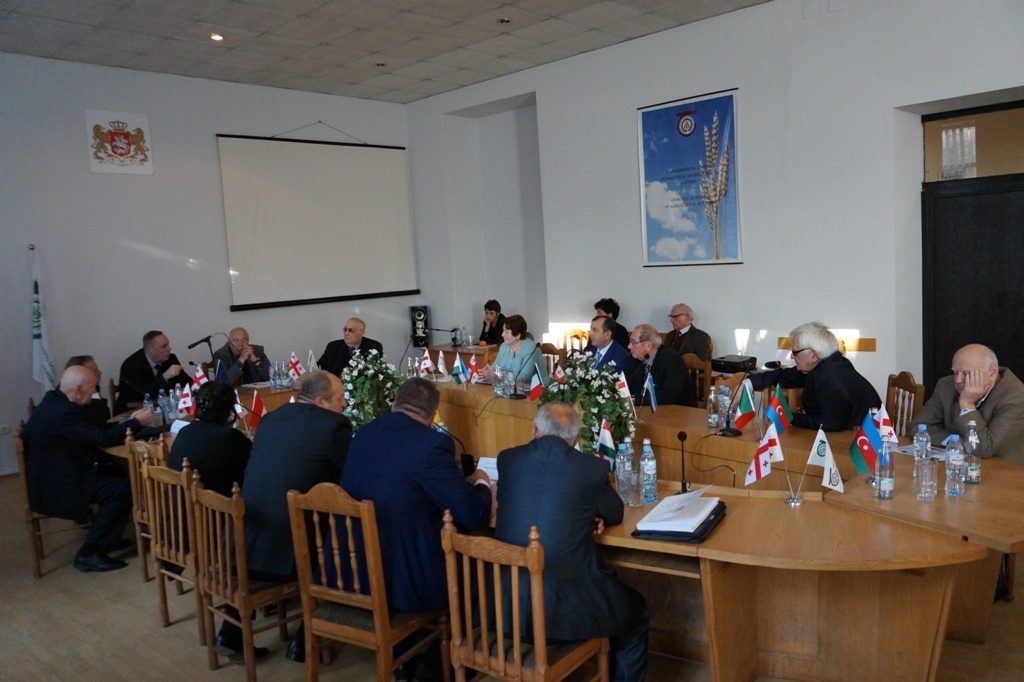