The Union of European Academies for Sciences applied to Agriculture, Food and Nature (UEAA) was created in October 2000 by 14 National Academies, both from European member and candidate countries, all committed to the advancement of science.

The Academies have indicated among their main objectives to foster comparative studies on a European scale regarding the development and dissemination of knowledge and the innovation and sustainable development agriculture, land use and food supply.Furthermore, the exchange of information among scientists, the dissemination of science-based information for the proper education of the public, as European citizens demand to be better and correctly informed.

The creation of UEAA seems to respond to a real need at the European level and its role may be very important for the development of a European research area, providing the agricultural and food sectors with a platform of scientists and stakeholders that can contribute to the policymaking process.

The Commissions’ proposals and strategy for the future of research in Europe (ERA), such as networking existing capacities, coordination and cooperation, interdisciplinary research, research in support of community policymaking in areas where there are great uncertainties and risks, are presenting the same focus and the same priorities as UEAA.

Short presentations of each Academy members

Albania – Academy of Sciences of Albania
The Academy of Sciences of Albania (ASA), founded in 1972, is the most important science institution in the country. The ASA includes the most outstanding scientists – academicians – who work in research institute or centres, or other science organizations at home or abroad. It has 29 Regular Members, 11 Associated Academician Members and 26 Honorary Members. The ASA has 2 sections: the Section of Social Albanology Sciences and the Section of Natural Technical Sciences. Part of the structure are: the Unit of Technological Research and Innovation Projects, the Section of Foreign and Public Relations, the Scientific Library and Publications. 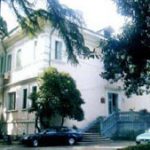 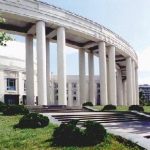 Belgium – Royal Flemish Academy of Belgium for Science and the Arts
The KVAB is the Academy of Flanders, a learned society founded in 1772. Entering the societal debate on scientific and artistic topics in a neutral and interdisciplinary way is the main task of the Academy. 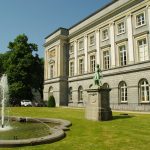 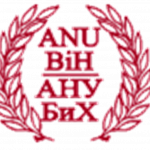 Bulgaria – Agricultural Academy of Bulgaria (SSA)
President: Professor M Banov
The Agricultural Academy is a unified scientific structure with centralized management with a coordinating function and research units that implement elements of globally and nationally significant scientific projects. Its role as a national autonomous budget organization to the Minister of Agriculture, Food and Forestry is for research, for application, servicing and auxiliary activities in the field of agriculture, livestock and food industry. It is carried out within the framework of the state agricultural policy and in compliance with the Common Agricultural Policy of the European Union. 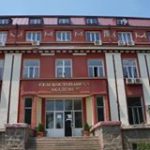 Croatia – Croatian Academy of Sciences and Arts (HAZU)
The Croatian Academy of Sciences and Arts has organized over one hundred scientific meetings and conferences, evaluating works of important Croats throughout history. In addition, it has organized a number of symposia focusing on the history and economic development of Croatian regions, cities and towns, as well as on the problems of Croatia's development. 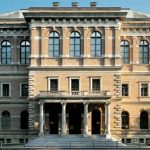 Estonia – Estonian Academy of Sciences
Founded in 1938, the Estonian Academy of Sciences fosters frontier science, research excellence and competitiveness in Estonia while also representing Estonian science worldwide, e.g. in international organisations such as ICSU, UAI, ALLEA, EASAC, European Marine Board, CETAF, etc. It focuses on providing independent, highly professional scientific expertise and science-policy advice and strives to increase the visibility and impact of science in society.

Finland – Academy of Finland
The Academy of Finland’s mission is to fund high-quality scientific research, provide expertise in science and science policy, and strengthen the position of science and research. We are an agency within the administrative branch of the Finnish Ministry of Education, Science and Culture.

Georgia – Georgian Academy of Agricultural Sciences
Georgian Academy of Agricultural Sciences, which was founded in 1957, is a legal entity unther the public law, an autonomous research institution with autonomous rights funded by the state. The Academy defines priority given scientific directions, coordinates scientific-research activities, acts as a sientific advisor to the the Government . The Academy is engaged in solving the problems the country is facing in a multi-specialized agro-food complex. Therefore, the specific activities of the Academy is multifunctional. Its purpose is to provide scientific sinergy of agricultural branches, in order to force the integration of science and maximally to use scientific potential.

Greece – Greek Agricultural Academy
The Agricultural Academy of Greece (A.A.G.) is a non-profit organisation under the auspices of the Ministry of Rural Development and Food. Its purpose is to support the progress of agriculture and the agricultural economy with particular emphasis on various scientific, technical, economic, legal, social and cultural aspects. Its activities consist of the following: •Seminars and congresses; •Periodical issues and publications; •Annual awarding of prizes and scholarships; •Promotion of the history of agriculture

Italy – Accademia dei Georgofili
The Georgofili, ever-faithful to their historical role, continued to look towards the future and to turn their attention and commitment, but this time using updated technology, to the scientific, technical, economic and social problems which have spurred the evolution of the world of agriculture and have highlighted the new emergencies linked to the protection of the environment. The Accademia has entrusted to its own Acts the task of spreading knowledge and maintaining its research patrimony, as well as the experimentation and innovation promoted by Georgofili, not only in the field of agriculture, but also in areas related to civilization, politics and economics. 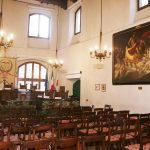 Latvia – Latvian Academy of Agricultural and Forestry Sciences
The main tasks of the LAAFS are: To recommend and to coordinate development directions in fields of agriculture, forestry, rural development, etc., to identify problems of these fields and to provide solutions for solving the problems; To take part in elaboration of normative acts and policy planning documents in the afore-mentioned fields; To cooperate with Latvian Academy of Sciences, Latvian Council of Science, ministries, Latvian University of Agriculture, scientific institutions, enterprises, and other non-governmental institutions in the field, inter alia in international level; To develop research in the afore-mentioned fields, to organise conferences, seminars and exchange of scientific information. 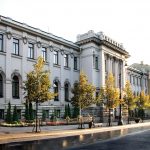 Moldavia – Academy of Sciences of Moldavia
The Academy of Sciences of Moldova (A.S.M.), in its role of the highest scientific forum of the country, represents the only public institution of national interest in the sphere of science and innovation, is a plenipotentiary coordinator of scientific and innovation activity, scientific consultant of the public authorities of the Republic of Moldova, has an autonomous statute and acts on the basis of self-administration principles.

Netherlands (The) – Royal Dutch Society for Agricultural Science (KLV)
KLV is Wageningen’s largest alumni network, with more than 8000 members. The association was set up in 1886. It provides a network for Wageningen graduates and for other professionals with links to Wageningen. KLV is the largest Wageningen Alumni Network offering unique networking opportunities for getting and staying in contact with Wageningen University, its students and alumni. 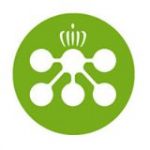 Poland – Polish Academy of Sciences (PAS)
The Polish Academy of Sciences is a national research institution founded in Warsaw in 1952. Our mission is to work comprehensively to further the advancement of science, in the service of society and for the enrichment of Poland’s national culture, while adhering to the highest standards of research quality and ethical norms. The Academy is an elected body of scholars, including national members (ordinary and corresponding members) and also foreign members. The number of national members is limited to a maximum of 350. New members of the Academy are chosen by the General Assembly from among candidate scholars who have made outstanding contributions to their fields and command respect among the scientific community. 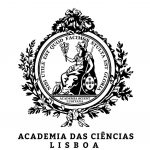 Russia – The Russian Academy of Sciences
The Russian Academy of Sciences (RAS) is one of the leading research organisations in the world and the largest centre for fundamental research in Russia. With the use of government funding, the scientific institutions of the academic system carry out fundamental and applied scientific research in the areas of natural, technical, humanitarian and social sciences, directed at the acquisition of new knowledge on the laws of environmental, societal and human development. 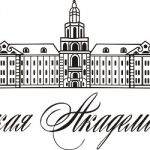 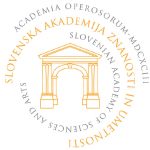 Ukraine – National Academy of Agrarian Sciences of Ukraine
The Academy is state scientific organization based on state ownership and uses the rights of self-government body that resides in collegial governance and its selectivity, self-determination of its structure and themes of research, solution of scientific, organizational and personnel issues, economic activities and implementation of international scientific communication grounding on the laws of Ukraine. 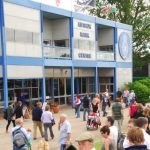