On October 25-27, 2017 an international scientific conference “Viticulture and winemaking in European countries, historical aspects and perspectives” was held at the Academy of Agricultural Sciences of Georgia. The financial support of the conference was implemented by Shota Rustaveli National Science Foundation.

The aim of this International Scientific Conference was to review the current situation of European countries regarding viticulture and winemaking, determination of perspectives, preparation of recommendations for the development of business development sector parameters. The objective of the conference was also to elaborate future perspectives for the development of viticulture and winemaking in Georgia and in European countries, identification of innovative technologies achieved in viticulture by European scientists; Preparation of exchange programs for scientific-research development.

During the conference, scientists from France, Italy, Romania, Spain, Slovakia, Ukraine and Moldova participated with Georgian scientists. It is noteworthy that the French delegation was headed by Professor Michel Thibier, President of the Union of European Academies for Science applied to Agriculture, Food and Nature (UEAA, www.ueaa.info ).  Romanian delegation was headed by the President of the Romanian National Academy of Agriculture, Prof. Gheorghe Sin.

At the conference there were presented 68 reports, including 18 reports on plenary session concerning the current state and future perspectives of viticulture and winemaking in European countries and in Georgia. Scientific-research directions of viticulture, germplasm protection activities, innovative technologies, etc.

It was mentioned in the conference that European scientists got informed about Georgian viticulture basics, the characteristics of family wineries, modern technologies, the richest gene pool of Georgian vine, which has great interest and will have to be protected.

At the concluding session the declaration was prepared, which emphasizes the importance of establishing close, business relationships between scientists of different countries and the necessity of systematic conduct of scientific forums, to determine the priority of scientific-practical activities of the countries.

Through the conference program it was implemented introductory excursions in the Agricultural scientific-research center of the Ministry of Agriculture of Georgia at Jigaura;  Aexander Chavchavadze House Museum in Tsinandali, Kakheti region;  Napareuli family winery  “Twins Winemaking Company” and  “Winery Khareba”, Kvareli. 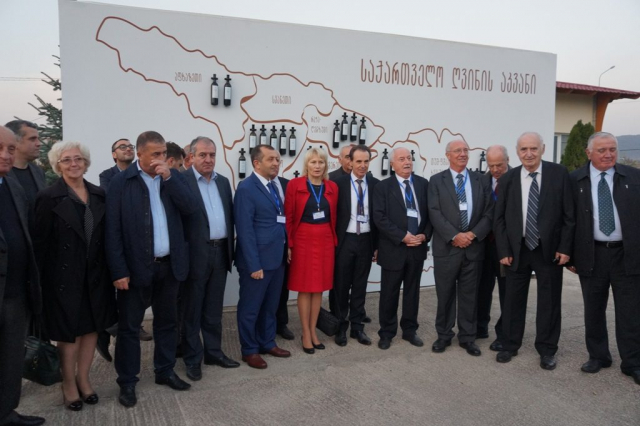 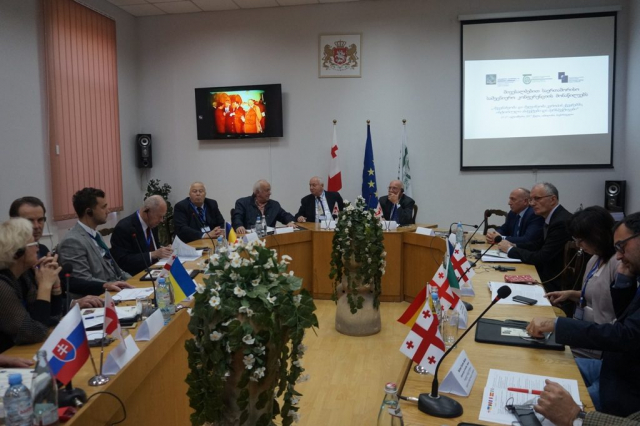