On Monday, 16th and Tuesday, 17th October 2017, the Science Advice for Policy by European Academies (SAPEA) meeting took place at the headquarters of the Academy of Technical Sciences in Romania (ASTER). SAPEA is a consortium of European Academy Networks within the European Commission’s Scientific Advice Mechanism (SAM), which provides timely, independent and evidence-based scientific expertise for the highest policy level in Europe and for the wider public in different fields of activity. SAPEA works closely with the High Level Group of Scientific Advisors (HLG). The project, which has been running from November 2016 to October 2020, is funded through the EU’s Horizon 2020 program. The Romanian Academy, the Academy of Technical Sciences in Romania and the Academy of Medical Sciences participate at this project.

The independence of academies, academic expertise, the prestige and the power of persuasion make them a critical source, providing evidence and arguments for decision-makers and the public, offering  an impartial, balanced and transparent prospect. SAPEA consists of European academic networks such as: Academia Europaea (a non-governmental organization for promoting excellency by granting scholarships all over the world in the fields of humanistic sciences, law, economics, social and political sciences, mathematics, medicine and all branches of natural and technological sciences. All these activities are in the public benefit and for developing education for all ages in the fields mentioned above), ALLEA – All European Academies – a federation of academies of science and humanistic European disciplines, EASAC – European Academies Science Advisory Council, Euro-CASE – European Council of Applied Sciences, Technologies and Engineering and FEAM – Federation of European Academies of Medicine. SAPEA offers a means of unitary and close cooperation among all these academic associations combining the expertise in the field of engineering, human sciences, medicine, natural, social and technical sciences. All academies mentioned above, members of the networks in Europe belong to SAPEA are encouraged to take an active part at this project. The opportunities offered by the project are:

The ASTER event was part of a tandem action organized at short intervals in Madrid and Bucharest.

In Bucharest, the reunion took place in ASTER organization and under the patronage of the Romanian Academy. The Academy of Agricultural and Forestry Sciences (AAFS) was invited to participate at the debate in Bucharest and was represented by prof. dr. Gheorghe SIN, AAFS president and prof dr. Ioan Jelev, head of the International Relationships Department of AAFS. Besides the representatives of Romania, the works were also attended by the member of some academies from: Albania, Armenia, Belgium, Bulgaria, Czech Republic, Croatia, Denmark, Switzerland, Finland, France, Germany, Greece, Ireland, Italy, Great Britain, Norway, Poland, Slovenia, Spain, Sweden.

The program of the reunion in Bucharest included:

Session 1:  The aim and objectives of the planned sessions.

Session 2:  The role of European Academies: Challenges and  Opportunities.

Session 4: Fostering and enhancing networking and collaboration among European Academies.

During the interactive debates on the sections, some aspects were emphasized:  challenges faced by academies; presentations of the various existing academic networks; the added value that academic activity can bring; involvement of European academies in the process of political decision-making; the benefits and impact of international interdisciplinary scientific cooperation; the exchange of experience between well-endowed or less-endowed academies; providing scientific advice based on evidence and scientific arguments for policy-makers at EU level, but also the identification of their expectations from academies; examples of the best practices and experiences in providing scientific advice in SAPEA; academies involvement in SAPEA project.

The AAFS representative, prof. dr. Ioan Jelev, was actively involved in the debates, being also elected rapporteur for Section 4 “Fostering and enhancing networking and collaboration among European Academies “.

Other ideas discussed were: the possibility to nominate experts in different working groups; the vast experience of different academies in the field of knowledge and innovation; different but at the same time complementary experiences; the necessity to draw up some guides books leading to a unitary way of work to exploit the vast field of information, often non-unitary and scattered; a more active presence in the society life including the presentation of reactions and speciality reports to various challenges and events by their network; an increased visibility not only at the European Commission but also in their own countries; a good publicity for the results obtained and the improvement of the means to make these results as widely available as possible to society and the general public in the shortest possible time; the development of electronic platforms to present the results; to propose some themes to debate; technical and scientific advice on long-term to support the legislative process in the European countries: making available to the European Commission the best existing knowledge in the field of activity of each academy (food from oceans and its utilization in a sustainable manner, new products for plants protection, better legislation, carbon dioxide emissions sequestration and their use, new technologies development, intensification of research activities concerning climate evolution etc.).

To conclude, the debate carried out under the SAPEA project was a good opportunity for a useful exchange of experience, knowledge and improvement of collaboration relationships of the members of academies from different fields of activity, identification of the best ways of assisting the decision-making process in our countries and at the level of the European Commission and also through the High Level Advisory Group of the European Commission.

Academy of Agricultural and Forestry Sciences 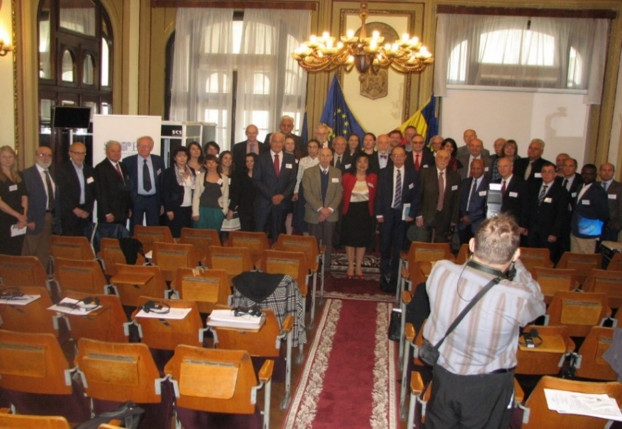 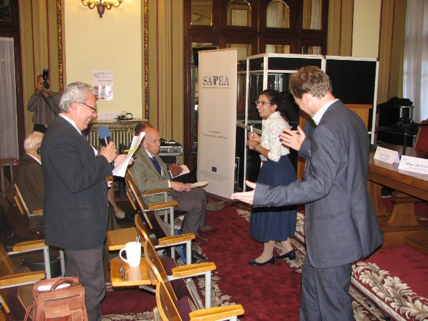 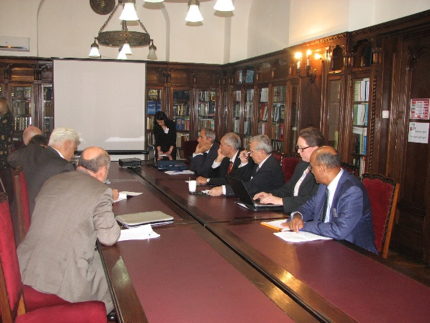 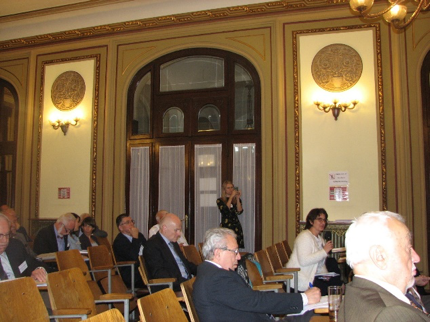