Elections of the President and Vice President of the Union of European Academies for Science Applied to Agriculture, Food and Nature (U E A A), Steering Committee Meeting of UEAA

Academician Guram Aleksidze, the President of Georgian Academy of Agricultural Sciences, was unanimously elected the President of the Union of European Academies for Science Applied to Agriculture, Food and Nature by the members of the Steering Committee of the UEAA.

The candidacy of Academician Guram Aleksidze, who by that time was holding a position of the Acting President of UEAA, was supported by all participants of the Meeting.

Prof. Michel Thibier (France) characterized Academician G. Aleksidze as a distinguished scholar and public figure, and supported his candidacy for the presidency of the UEAA. 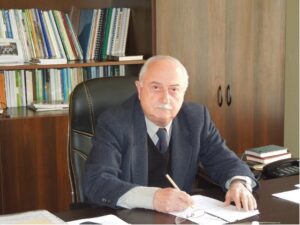 The name of President of Georgian Academy of Agricultural Sciences, Academician of National Academy, Professor, Doctor of Biological Sciences, Guram Aleksidze is widely known in Georgia, as well as abroad. He is a distinguished scholar, the author of more than 230 scientific publications, including 17 books and more than 10 brochures, the most part of which have been published in international journals. His publications deal with integrated protection of agricultural plants (vine, fruit trees and citruses) from pests and diseases. Professor G. Aleksidze is one of the founders of scientific direction which studies pest control and integrated methods of plant protection in agriculture. The scientific studies which apply the Systems of Mathematical Modeling, implemented by Academician G. Aleksidze, which specifies interrelation of pests and useful insects in agrocoenosis – are still going on in Georgia.

For decades, Professor G. Aleksidze has been carrying out active and fruitful work cooperating with international organizations such as, CACAARI, (Head of Association of Asia and Caucasus Countries Scientific Research Organizations), CGIAR, FAO, ICARDA, CIMMYT, Biodiversity International, and other. His scientific activities in the US have been widely recognized.
Professor G. Aleksidze has carried out a many-year fruitful scientific and pedagogical work at different universities. About twenty doctorate students, among them foreign ones, have conducted researches and defended doctorate dissertations under his supervision. 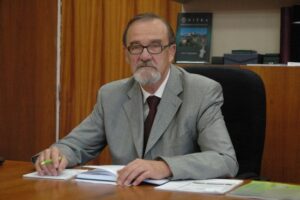 Professor Štefan Mihina is the member of the Slovak Academy of Agricultural Science (SAAS) since 1999, Scientific Secretary of the Council since 2002 to 2012, and President of the SAAS Slovak Academy of Agricultural Science in periods since 2013 to 2018, and since 2019 onwards. He focuses on research and education in fields of animal husbandry systems, housing and technology in management context, animal welfare, and environmental issues.
Since 1985 until 2009, he worked as the part-time lector at the Slovak University of Agriculture in Nitra and as the full-time professor since 2009 onwards.
He was the member of following international bodies: Standing Committee for Agricultural Research of the European Community (SCAR), Programme Committee of the 7th Framework Programme of EC, EU Rural network assembly, Working group on innovation for agricultural productivity and sustainability of the EIP – AGRI, Meters and Jars Subcommittee of the International Committee for Animal Recording (ICAR), Member of the Standing Committee for Life, Earth and Environmental Sciences (LESC) of the European Science Foundation (ESF), Member of Coordination Board of the European Initiative for Research for development (EIARD), Council of the European Federation of Animal Sciences (EAAP) – two years vice-president, and boards of editors of two scientific journals. He was the member of following national bodies: Council for Science, Technology and Innovation of the Slovak Government, Scientific Councils of the Slovak Academy of Sciences, two universities, three faculties and three research institutions, Presidium of the Slovak Research and Development Agency (vice-chairman), boards of editors of two scientific and two practical journals (chairman in one of them).

Professor Štefan Mihina was the coordinator and member of teams of seven international projects (including EC-FP) and five large national projects and is author of more than 400 papers. He is laureate of the Distinguished Service Award of European Federation for Animal Sciences, “Scientist of the Year award”, the Award of the Ministry for Education, Science, Research and Sport of the Slovak Republic, and many others.