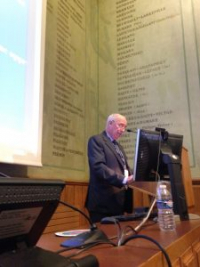 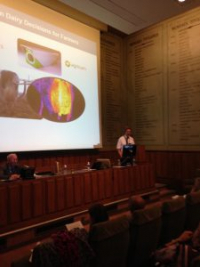 Which future for agronomic research in Europe?

Since its inception, the French Academy of Agriculture (AAF) has kept in touch with similar academies in Europe. As a matter of fact, most of the latter were founded also at the end of the 18th century, the age of “Enlightenment”. It was a time of confidence in Science, the elite wishing it to play a central role in Society.

Two hundred and fifty years later, the confidence in Science has weakened. Agriculture and food sciences are affected all the same. Yet, we must continue to develop new techniques to overcome the tremendous problems posed by depleting natural resources and a growing world population. For that, we need research. To be fruitful, research must be free. At the same time, it must be supervised to avoid hasty application of unsecured findings, as well as to make the best use of scarce resources.

Agronomic research faces these difficulties and challenges all over Europe. This is the reason why the AAF has seized the opportunity of its 250th anniversary for inviting sister European academies to discuss the matter in this Symposium held under the aegis of the Union of European Academies of Agriculture (UEAA).

As the acting president of the umbrella association of all German scientific agricultural societies, which in total have a membership of more than 20.000 colleagues, I would like to congratulate the Academy of Agriculture of France sincerely to this outstanding anniversary.

Dr. P. Sylwan (Royal Swedish Acad. of Agriculture and Forestry) “Return to Eden: the role of Science in creating a sustainable agriculture for the future”

Facing the future. The challenges that has to be faced in future food production are enormous. In 2050 we will be another 3 billion humans on the Earth – our common home in space. Then we will need 50 – 100% more available food to affordable prices – in less than 40 years !

Prof. B. Rivza, Dr., Ieva Brence (Latvian Academy of Agricultural and Forestry Sciences) “Unanswered questions by reserch in the field of food safety and quality” 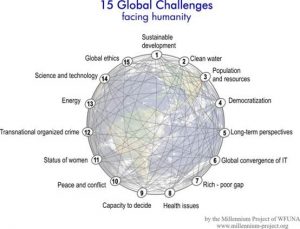 Food maintains being one of the most necessary factors in our lives. Regardless the fact on whether the live in order to eat or eat in order to live, food shall be used daily by each member of society. Research on food issues develops in interaction with overall science development, nevertheless, there are number of questions that remain important in scientific research, inter alia food safety and quality that involve many subordinated themes, e.g. scarcity of food and water resources in several regions….

The perspective from which we look at and how we understand the relation between agrobiodiversity vs. nutrition and health depends on where….

Prof. B. Gaina (Moldavian Academy of sciences): “International cooperation and impacts of results on agricultural development in Moldavia” 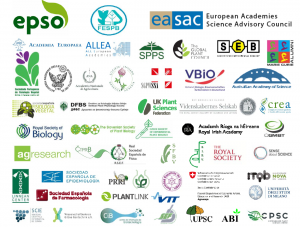 9:00 – 9:15 Prof Ing Vilém Podrázský, CSc , president of the CAAS and vice-president of the UEAA, commenced the plenary meeting and welcomed participants and honoured guests. He informed those present of small changes in the programme that had been proposed at the previous session of the Steering Committee. During point 3 of the plenary session, Magnus J. Stark (KSLA) will provide information about the new UEAA website. During point 7, elections to the new Steering Committee for the next two years will take place.

VI General Assembly and the International Conference “Scientific – Methodical Assuring Systems of the Safety and Quality of Food” (Ukraine, Odessa) 26 – 28 May 2010

According to the constitution and the decisions made during the Yalta meeting in 16-17 May 2007, the 5th General Assembly of the Union of European Academies for Science applied to Agriculture, Food and Nature and associated Workshop on “Renewable Energy Resources, Production and Technologies”, were hosted by the Latvia Academy of Agriculture and Forestry Sciences Read more ….

According to the constitution and the decisions made during the Moscow and St. Petersburg meetings on 24-25 June 2004, as well as the Steering Committee meeting in Paris, October 11th 2005, the 4th General Assembly of the Union of European Academies for Science applied to Agriculture, Food and Nature and the associated Workshop on “Soil Fertility and the Future of Agriculture in Europe”, were hosted by the Romanian Academy of Agricultural and Forestry Sciences “Gheorghe Ionescu-Sisesti”. The events included the UEAA Steering Committee meeting on June 25, the Scientific Plenary Session and UEAA General Assembly on June 26, as well as the visit to the National Research and Development Agricultural Institute, Fundulea, on June 27. Read more ….

SESSION OF GENERAL ASSEMBLY OF THE UNION OF EUROPEAN ACADEMIES FOR SCIENCES APPLIED TO AGRICULTURE, FOOD AND NATURE AND RUSSIAN ACADEMY OF AGRICULTURAL SCIENCES ON THE PROBLEM “GENETIC RESOURCES AND BIOTECHNOLOGY”

Plenary session of the General Assembly of the Union of European Academies for Science applied to Agriculture, Food and Nature and the Russian Academy of Agricultural Sciences.

25 June, Friday, 11.00 a.m.
Round table A “Genetic resources and biotechnology in plant growing”, St. Petersburg, Vavilov Research Institute of Plant Growing
The chairmen of the round table : A. Juchenko, A. Atanasov (Bulgaria), V. Dragavtsev

Round table “Genetic resources and biotechnology in microbiology and food industry”
The chairmen of the round table : E. Sizenko, A. Legocki (Poland), I. Tikhonovich

14:30: Introduction, by Jean-Marc Boussard, fellow of the Academy
14:45: A sociological vision, by Claire Marris, chargée de recherche, INRA
15:30:GMO : A case study in welcome of an innovation, by André Cauderon, secrétaire perpétuel honoraire of the Academy
16:15: Managing research within medias turbulences, by Guy Paillotin, President of the National Agronomic Institute of Paris Grignon, former president of INRA.
17:00: General discussion (with the participation of the European academies delegates)
17:45: Conclusions, by Michel Griffon, correspondant de l’Académie, director of scientific affairs in CIRAD. 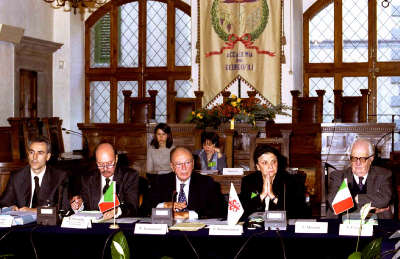 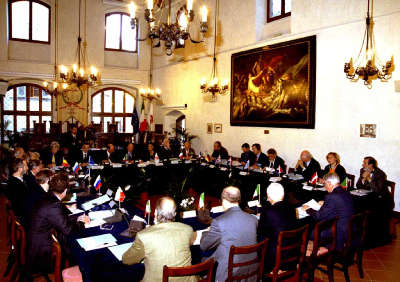 The purposes of this institution are:

AGRICULTURAL RESEARCH IN THE ERA

….draft Programme of the Conference… 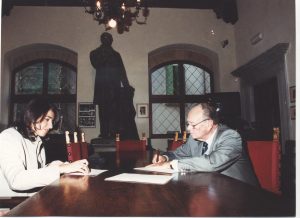